The Plimsoll award in public health goes to…..

/ Blog / The Plimsoll award in public health goes to….. 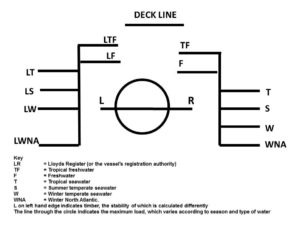 10 February is Plimsoll Day. You might think this is a day for celebrating gym shoes – you know, the rubber-soled shoes where your feet stay dry as long as water does not come above the line of the sole. But did you know that plimsolls acquired their name because of the resemblance to the Plimsoll line on the side of a ship?

Plimsoll Day is not so much about shoes as a day of recognition for the enormous achievements of Samuel Plimsoll MP who succeeded in improving safety for mariners not just in Britain but internationally. His tale is not often told as a public health story.

Plimsoll was born on 10 February 1824. He became one of the Victorian social reformers, devoting himself to charitable works, including – according to his obituary – enabling the town of Sheffield to contribute the largest number of exhibits at the Great Exhibition. However, his efforts at establishing a coal business in London in the 1850s were so unsuccessful they reduced him to penury. His experience of destitution living in lodging houses brought the desperate state of many seamen to his attention.

On being elected a member of Parliament for Derby in 1867, Plimsoll set about trying to introduce legislation to improve the seaworthiness of ships. His study of the merchant shipping business in 1873 found that, from 1861 – 1871, around 800 sailors per year had lost their lives within ten miles of the English coast, in addition to those lost further out at sea. Plimsoll considered that the very poor physical state of the ships, the ways in which cargos were being underwritten so that owners benefited financially if their ships sank, and the high number of MPs with vested interests in shipping had all contributed to the loss of 6,357 vessels over a six year period. The investigations also revealed that many of these ships had foundered in calm weather. Plimsoll declared these over-insured and over-laden vessels to be nothing more than “coffin ships.” And if sailors discovered they had signed on to a “coffin ship” and refused to sail, they were jailed for breach of contract. Between 1870-1872, 1,628 men were imprisoned for such a breach.[i]

Initial attempts at introducing regulation failed. Plimsoll’s anger at the “villains” in Parliament who were thwarting him resulted in him losing his temper with Prime Minister Disraeli and being suspended from the House for a week. However, by this time, Plimsoll had gained considerable public support for his measures. In 1876 the Government finally passed an amended Merchant Shipping Act. This not only provided the Board of Trade with powers to inspect vessels but required ship owners to mark a loading line prominently on the ship. Initially the position of the line was left to the discretion of the ship owner but this was later amended so that the line had to appear on the hull. This line was to take the form of a 12” circular disk with the centre mark indicating the maximum point to which the ship could be safely loaded. Fines of £100 were imposed on ship owners if this line was submerged.[ii]

By 1930, the Plimsoll line had become internationally respected with 54 countries adopting it. It wasn’t until 1980 though that the Board of Trade made it mandatory for the Plimsoll line to be painted on all cargo ships. Vessels laden beyond this loading line are in violation of international shipping regulations as well as endangering the ship’s stability and potentially putting lives at risk. Despite the enormous progress, there is still work to be done. For example, the Winter North Atlantic level currently only applies to vessels of less than 100m in length – thus providing no protection for today’s large container ships and tankers that may otherwise operate less profitably in these dangerous waters. [iii]

Plimsoll died on 3 June 1898. His obituary described him as “the sailors’ friend”, whose “untiring efforts” against “enormous odds” saved many thousands of lives and whose name deserves to be remembered alongside those of Wilberforce and Howard.

The makes annual Plimsoll Awards to the person and organisation making an outstanding contribution to the safety of mariners. 120 years after his death, maybe the time has come for an annual Plimsoll award for public health to someone (outside the public health profession) who has made an outstanding contribution to improving the public’s health and wellbeing. After all, Samuel Plimsoll demonstrates the truth that each of us has the power within us to protect and improve the public’s health and address society’s injustices and inequalities, not just nationally but on a global scale.

Who are the other unsung heroes who have delivered international public health gains?

RT @metoffice: We are delighted to have partnered with @WMO & @IPCC to deliver the science pavilion at @COP26 where we will advise negotiat… RT @LancetCountdown: The impact of climate change on health is getting worse & it is exacerbating existing health & social inequities. The… RT @ADPHUK: For years local public health budgets have been cut, undermining the very system, services and leadership that has been essenti…