The future of public health: what is the unique role of the regional tier?

/ Blog / The future of public health: what is the unique role of the regional tier? 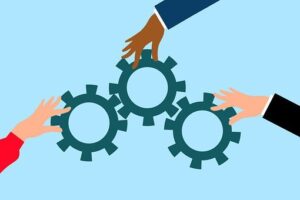 There was good representation at the roundtable from many of the key participants and stakeholders in England’s public health system. We also heard from the Scottish Government, Public Health Scotland and COSLA (The Convention of Scottish Local Authorities) about the newly formed public health arrangements in Scotland.

We were grateful to Professor Kevin Fenton for taking time out of what was an extraordinarily busy day for him to share with us some of his reflections on the public health system in England. Kevin was very well placed to provide us with some shrewd insights not only from his current role as a Regional Director but having regard to his previous services nationally and locally.

During the roundtable we had two open discussion sessions around set questions:

How do we ensure effective collaborative working across:

As Chair of these discussions, I listened carefully to all contributions made by participants. I think what impressed me most about the debate was the sincerity of all those who spoke. Yes, all the speakers brought a wealth of experience and knowledge to our discussions but first and foremost they cared about a system that is set up to further the improvement of the public’s health and wellbeing and reduce inequalities.

As well as their spoken words, the 50 participants provided rich detail in the chat function, even livelier, I would say, than the oral debate.

I invited the participants to say whether they agreed that there is a unique role of a regional tier in the provision of public health services. Whilst not unanimous, most of those present agreed that there is something unique about a regional role. Some of the words used to describe its uniqueness included: coherence, mutual aid, peer network, subsidiarity and “true partnership”.

In practical terms, participants felt that some functions were best located regionally, and it was the identification of these functions which should guide what appropriate structures might be for their delivery. In this context, workforce, skills and capacity were mentioned.

Regarding collaboration across the system (nationally, regionally and locally), many speakers felt that accountability should be a key driver. Most people said that, or agreed with the statement that, place not structure should be the focus. This, I felt, underlined the point made in the first discussion about subsidiarity.

Other points made about ensuring collaboration included: “breaking down silos”, “capacity and resources” and “infrastructure to make it work”.

In both discussions, NHS services and structures were mentioned a lot. Prior to the “Lansley reforms”, England’s public health services were largely located in NHS organisations. The benefits of the changes made in 2012 (I shall not dwell on the negatives!) included the greater recognition of public health as a multidisciplinary, population-based approach to prevention and the ability to engage the full range of levers that local authorities can access to promote place-based planning and delivery of services.

I thought I detected a line of thinking that these benefits ought not to be lost but that more engagement of the NHS in a common shared endeavour to improve health and wellbeing and reduce inequalities would add value.